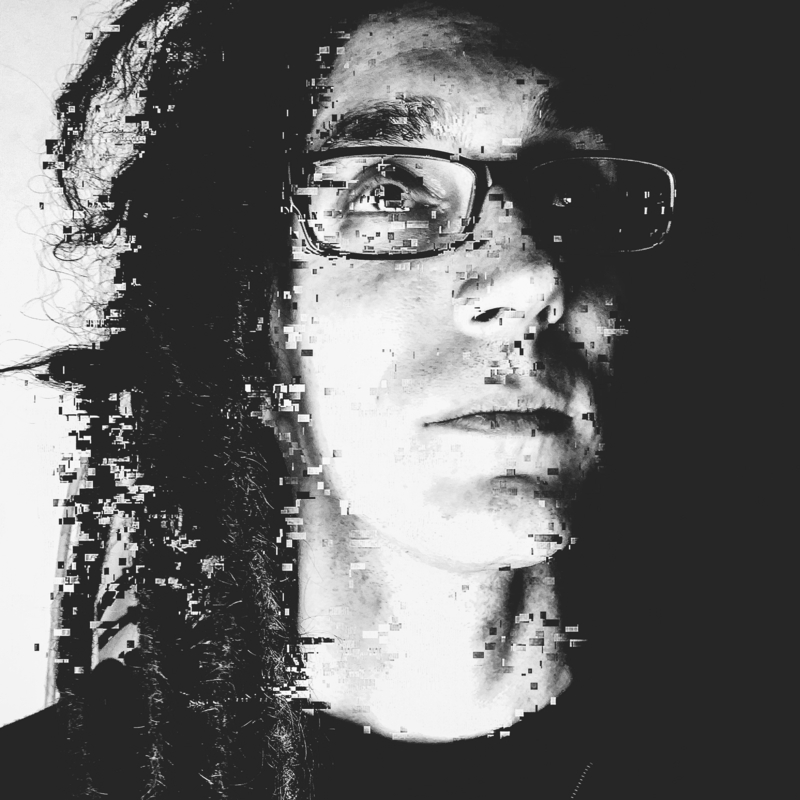 What’s your favorite thing of all time? PT.5 by DRUMCORPS
http://drumcorpsmassive.com/
http://facebook.com/drumcorps

I’ve been around the world, and done a lot of things, but the core values I discovered going to all-ages shows in my early days still inspire me: turning a negative into a positive, self-reliance, progression, and an independent spirit. Good things.

Over the years people have associated Drumcorps with a heavy-for-heavy’s sake kind of ultimate darkness, which is often more a reflection of the person asking the questions. The music I really love is hopeful. Even if it’s dark, it’s striving for the light. There’s a fine line, but listen carefully and you can always tell. Here are my top 10 inspirations, arranged roughly by year.

Downward Spiral tour 1994. This was the first big live show I ever saw. I was really young. The bar was set, high.

Over the course of a few hours, Trent Reznor and friends turned a fairly quiet stadium into total chaos. They did it with the sound, yes, the force of an all-out performance, yes. But ultimately it was the soul of the music, its raw and exposed honesty, flaws and all, which moved the people. Working things out. Trying things.

At one point everyone ripped the chairs off the floor, passing them backwards into huge piles at the rear of the arena. After that moment it was anarchy. Security guards were powerless to control fifteen thousand people moving in unison. My friends and I jumped the barricade and we were on the floor, into a sea of bodies. One kid next to me unleashed full fury upon a row of chairs bolted to the floor, ripping bolts out of wood flooring. Pass the chairs back.

Not only was it intense – the show’s imagery was cohesive, and the pacing and structure of the whole set was perfect, more like an epic play than a rock show. Huge film projections in black and white draped over the massive stage. We felt free. I’ve never seen a show this intense, since. In a way, a lot of my career has been finding these moments of catharsis and freedom.

Nine Inch Nails progressed out of this volatile stage into the more refined version we saw last year. The whole project got deeper as Reznor grew older, and that inspires me too. He made it work, and his music changed along with him, while staying true. Whatever the album, whatever the vibe, it was always complete, full-on, and honest.

Toward the Within is the album that keeps on giving. It’s an absolute master work. You always notice something new, or get a new insight on life. Beautiful. Dead Can Dance are channeling something old and timeless. Sacred, even. It’s not so personal, but instead more worldly, universal, ancient.

This is a live album, recorded in one take, and director Mark Magidson (Baraka, Samsara) captured the performance on film. But I recommend listening to the album version first, music only. For me it’s best to absorb this kind of music without the visual – just sound and imagination. This album will be with me forever. The full album isn’t available on YouTube, but please buy it directly from the band , or listen in full on Spotify. It will have a permanent spot in your collection for years to come.

The middle of Massachusetts, 1996. No Internet. Corporate rock in full bloom. What’s a kid to do? Where do you get something real? Enter hardcore music, VFW halls, all ages shows on a Saturday afternoon, lights on, and Bane. This music is half about the band, and half about the audience. You have to be there. Bane’s new album is excellent, and the band is currently on their final tour in Asia & Europe. Check them out, while you can. You can’t do this music forever, but Bane does it best.

One day, our singer brought this record to band practice, and made us listen to the whole thing. “It’s so heavy… and then it turns into Toad The Wet Sprocket. What?!! Incredible.” Hearing this and Cave In’s first album was a life-changing experience. These tunes sound like someone put riffs and tempo changes on pieces of paper, put them into a hat, and made a song in the order in which they came out, but the flow works perfectly. Complex, yet powerful and cohesive. It was the shape of things to come. Cave In were years ahead of their time in song structure, and flawless in their execution.

Keep in mind that this record came out before Internet or affordable digital recording. It’s hard to overstate this. No computer editing, no apps. Maybe a 4-track cassette deck. Making such complex work takes serious drive nowadays even with all the tools, but back then it was like climbing a mountain. As with many talented folks, Cave In weren’t content to just sit in their genre box, and the band went on to branch out creatively in really great ways, unleashing a host of brilliant albums beyond.

With Converge what you’ve got is an uncompromising commitment to artistic integrity, forward development while staying true to one’s roots, and accomplished execution, finely tuned by years of dedication to their craft. At this point the band has been around almost 20 years! It’s inspiring. Each one of the Converge albums stands on its own as a complete piece of work. Artistic intent, themes, design, sound, it’s all there. The tunes stand the test of time too, from the first album to the last. Back in the day we knew it was special, and we’re all beyond grateful they’ve kept it going. Here’s to 20 more years.

There’s a reason this album took over the world. Incredible songwriting, integrity and soul. I’m a drummer and a songwriter at heart, so the Cavalera brothers’ work in Sepultura and beyond into their individual careers has been a constant source of inspiration. In Roots, Max Cavalera’s songwriting is hitting its stride here. The tunes flow, all of what’s essential, nothing else. Back then I was more focused on drums, and I taught myself double kick drumming by studying these albums. Arise, Chaos A.D., and Roots were the holy trinity. Iggor Cavalera’s drumming influenced me a lot – yes, power and precision, but soul above all.

Looking back now, the thing that makes this album shine for me is the tribal aspect. Fantastic Brazilian percussion with Carlinhos Brown… field recordings in the Amazon… it’s connecting to the ancient and the timeless shamanic thing which is also in Dead Can Dance, but from a different perspective. Add that to the Bad Brains references… and it’s all just perfect.

This sounds different. Way different… but it’s all the same stuff. Community. Self-determination in the face of overwhelming odds. Stand up. We are here. We reject your narrow boxes. We’re going to define ourselves, thank you very much, and we’re going to make our own meaning. Reggae, Jungle, Punk, it’s all the same thing, coming from radically different places. In Worcester Massachusetts, it came out hardcore. In London, via Jamaica and Congo Natty, it came out Jungle. The parallels between straightedge and Rastafari culture are there too. Clean living, respect for life, for your sisters and brothers. For me, Jungle music today is the intersection of so many good things, and it’s wonderful. This is a whole separate article, but for now I’ll just link to a few essential listens.

I first learned about this band when they contacted me about a remix. Something clicked, one song turned into a three tune remix EP, and friendships. Love it when that happens. This record is legendary. It shifts through several dimensions but remains anchored by solid musicianship, soulful heavy vox, & precise delivery. It’s all mindblowingly complex, but the pieces move with a dramatic arc that goes somewhere. Imagine a ball made out of a thousand blades, gears, servos, and coiling springs, each constantly moving in their own ways, but the ball itself is being thrown in a big arc. A thousand intricate movements, riding on one big one, hitting hard.

Alas, the rigors of life and the road were too great, and the band broke up. Fortunately we were able to play one show together, their final one, in their home town of San Francisco, at an amazing cyberpunk tekno warehouse which will remain unnamed here. Fortunately the members were each amazing instrumentalists in their own right, and everyone continued on their own paths… making a host of solo projects.. And there’s a https://entheos.bandcamp.com/:title=brilliant new EP out now. Find…

9. A Winged Victory for the Sullen

This album is perfect. It’s one of my favorite ambient albums. Listen on headphones while walking around the center of town, on a shopping street. Look at people and imagine their stories. Listen by candlelight at 3 am. It’s an equal soundtrack to life, or a blank canvas for your own thoughts.

weirdo complex electronic dance music focused on hyper-production. Drum & Bass is always great because technology is hard-wired into the genre. The method IS the message. Call it a genre-wide audio R&D lab if you will, with some dystopian William Gibson-esque aesthetics encoded in its core, not always overtly expressed, but revealed in the Meta. Enter Billain. This guy is making ART, secretly hidden inside the context of drum & bass music. Inspiration, concept, execution, it’s all there, and it’s freedom and wonderful. Unlike the other stuff here, I don’t know if this is going to stand the test of time, as it’s the cutting edge, and the cutting edge moves. Constantly. Right now, this music is alive.

That’s it right now. Thank you for reading, and thanks to the other people who are contributing to this blog, and it’s been great learning. There is a lot more, so much more, for Another day. Part 2… Until then, adieu and happy listening.