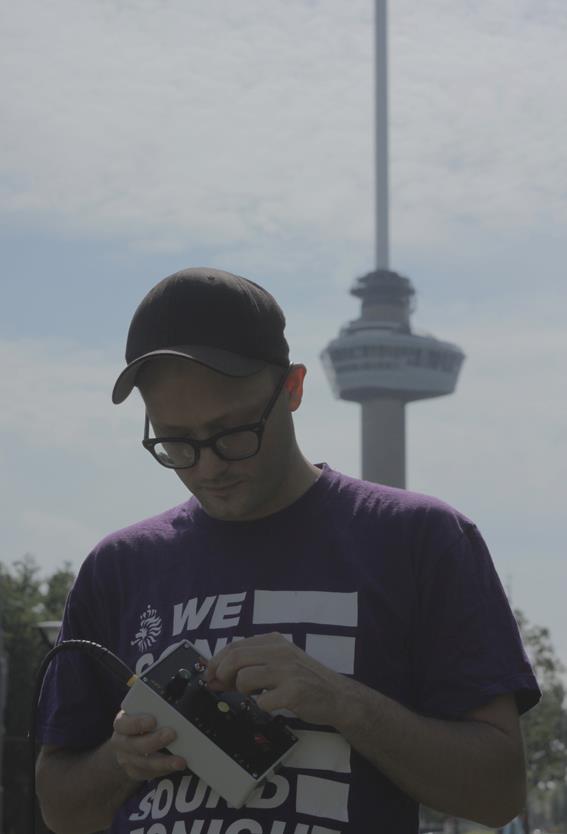 I think Boredoms – Soul Discharge must be the 1st Japanese music I’ve ever bought. I blindly bought it because it was released on the New York based Shimmy Disc label. This is a label of which I buy every release that comes on my path. Has been like that since the early 90s and still is. Soul Discharge I purchased on cassette. When I first heard it my 12 year old brain was blown, could’nt compare it to anything I’ve heard before. So raw, chaotic and over the top, so goood. I have to mention Ruins – Stonehenge [Shimmy Disc 037] here as well since I bought that cassette at the same time as Soul Discharge and was equally important to me.
These releases got me interested in exploring other Japanese artists.

Several Japanese befriended artists told me to check out 人生 so I did and I loved it! This is what I search for in (Japanese) music. So many different genres mixed to total mayhem! Each song on this album is completely different and they are all earworms!! I can listen to this album Alllllllllllll Niiiiiiiight Looooooooong 😉

First heard Melt Banana on the “Villa 65” show on VPRO radio in 1994. This made me go on a look out to find their releases which proved quite hard in the shithole of Vlissingen where I lived back then..After finding “Speak Squeak Creak” on cd at the legendary “Staalplaat” shop in Amsterdam I kept following Melt Banana and I still do. I almost put their latest album “Fetch” from 2013 in this list cause it is so amazing and one of my favourite Melt Banana releases. Melt Banana is my favourite band to see live, super energetic!!! Saw them several times and even as a 2 piece band it’s still amazing!! Most notable gig was seeing them at “Shibuya O Nest” Tokyo with Locust in 2008 after a long flight and no sleep straight to the venue with Ume (Murder Channel). Even though I was jetlagged it was amazing!!

These 2 12″ where my introduction to Japanese gabber. These ep’s where so crazy and had a sound I never heard before. So sample filled, crazy (unusual) kick patterns and super funny as well! The combination of the Japanese, English and Dutch samples made it weird and hilarious. My mate hardnoize and I loved it so much that we made a track called “I wanna be a Hammer Brother” somewhere in the 90s

I can’t be talking about Japanese gabber without mentioning Nawoto Suzuki’s Burning Lazy Persons this was as mindblowing as the Boredoms but than in a gabber way. Over the top, energetic, aggresive this is pure moshpit material. His many other projects like Deadly Drive, Smily Slayers, Absolute Terror Field etc etc etc are worth checking out as well. And he is still going strong!!

No Japan related music list without some pure noise. It’s hard to pick just one since there are so many artists I love (S·Core, The Gerogerigegege, Dissecting Table, Outermost, Thirdorgan) I picked a Masonna album this time because this has to be one of my favourite Japanese noise records ever. About 30 minutes of pure sonic aggression!

This was my introduction to Cycheouts Ghost thanks to the European vinyl release of Vikalpa on Noize Creator’s Suburban Trash Industries. This album didn’t leave my record bag for a loooong time! Even though Cycheouts Ghost uses so many oldskool samples and ideas, every tune sounds so fresh. The album is full of killer tunes!! But this also counts for the older & newer releases, so far I never heard a Cycheouts Ghost tune that I disliked. I can’t describe how happy it made me when Ume (Murder Channel) told me Cycheouts Ghost wanted to do a remix for my “20.000 Hardcore Members Can’t be Wrong” album!! And on my latest release “In Fear” there are even 2!!!!

Heard the song “G.T.O.” being played at the great “Los Apson?” Shop in Tokyo when I visited in 2008 and had to buy it right away, so beautiful!!. I only knew “The Machine Gun TV” from their “Cue EP” on “Tochnit Aleph”. Their music is noisy but super catchy and fun at the same time. Only ever came across these 2 ep’s still need to find their other releases!!!

Saw Obakejaa play at Murder Channel vol. 11. This night was so amazing to me, the line up was ridiculous (Goth-Trad,Ove-Naxx, L?K?O?, Bogulta, Meaning Of Nonsense [=Nawoto Suzuki] etc etc) so good!! I didn’t hear Obakejaa prior to this night but hearing them play made me so happy. Their performance blended so many styles together ranging from dancehall, hiphop, jungle mixed with traditional Japanese elements + great videos (some by the great Norihiro Sekitani)!! It was something I never heard before for sure. This release comes close to what I witnessed at their performance. Will never get sick of listening to this album I can even sing along while I have no clue what I am actually singing!! Also make sure to check out the solo projects from Shabushabu & Oorutaichi!!

For a change not a record from my personal collection. Stumbled upon this release during a blogging/Google/Youtube search session for new music. I don’t know much about this group with such an amazing name. (How can you go wrong with a name like that!?) Amazing fusion/jazz-funk album that I neeeeeeed to find on vinyl someday!!