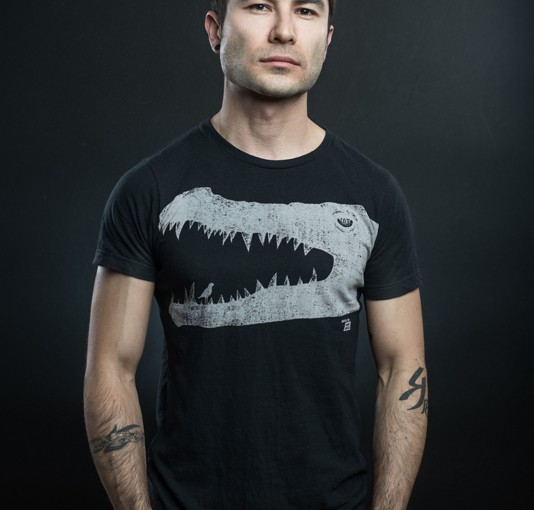 What’s your favorite thing of all time PT.10 by DJ K
http://killarecords.com
https://soundcloud.com/thirtyoneseconds

People often say that music is reminiscent of the past: just a new version of something that has already been done before. If that’s the case, then these will ring familiar to those who know my music and mixes. However, I am of the opinion that music is constantly evolving, and it might be hard to understand how something from long ago inspired me to make a jungle remix today. I enjoyed digging up my “top 10 things”, and interested to see if you can connect the points.

The tunes that mostly caught my attention were those that had a sense of urgency – hard-hitting beats, baselines in a minor key progression and many dirty samples. Tricky enough, it also had to have a melody and make me want to dance – or at least bang my head, or jump around like a lunatic. Anyway, then on the other side of the coin, some of my favorite music that really stuck in my mind were also jingles and comedy skits, there is why I don’t only focus on the serious, but often remix the unexpected.

Without further ado, I present my favorite things for Hatena. I tried to reach back to my teen and early 20’s so that maybe some younger readers can discover something new, but also included my DJ influences as I first started transitioning from party-goer to DJ & producer. Keep in mind, that some of this musical inspiration was formed at a time mostly before the internet, where the overall amount of releases were thousands of times less than what you can find nowadays, and much harder to find!

In 1992 I clearly remember a friend who returned form the UK with a tape in his hand telling me “rave” was the new awesome thing that would change music forever, and he was right. The next years I tuned into college radio stations and recorded the DJ’s playing records that I only knew as “Hardcore Breakbeat”, and here were some of my favorites from back in the day.

Breakbeats were great and all, but sometimes they lacked that punching kick that made Techno and Gabber more powerful. Even before Chemical Brothers made Chemical Beats (PLEASE search YouTube for that if you are too young to know it – this is the song that MADE Chemical Brothers). There was a point around 1995 where Acid Techno went from tinkering with what a 303 sounded like over House beats into an isolated genre that could stand on its own. Here are some of my must-hears.

Uff.. ok, how do I explain this. in 1994/95 Tom Green hosted a TV show at a public access cable channel on Friday nights near my highschool. If you look in the studio audience from these episodes in Ottawa, you can find many of my friends thoroughly enjoying what they are being subjected to. Before that, he hosted a late-night radio show called “Midnight Caller” where he answered phone calls and made fun of the callers between playing his own funny songs, ending by inviting anyone listening to go play a game of soccer on Parliament hill when the broadcast was over. Although back then it was obvious that he didn’t have a job and most people found him nothing more than a nuisance, I was really inspired to see him not taking himself too seriously, always making new beats and trying to make something out of his unique take on the world.

Unless you are from Ottawa and were around in the early 90’s, I can guarantee you will have no idea what I am talking about. At the start of the 90’s, and throughout these highschool years, Ottawa had a really great local community of unique and talented bands (Tom Green hosted many of them as musical guests on his show). Before electronic music became something anyone could make (or were even interested to make), we all started bands. It was how I began my music journey – and I recorded several 4-track demos, playing most of the instruments myself with friends. So, here is a video I have uploaded of two more aggressive tracks from those days.

Before I got into the rave scene where all my friends were either DJ’s, promoters, ravers, working at afterhours clubs, computer geeks making electronic music, I felt like a bit of an outsider, and I didn’t know anyone else like me. But, there was one DJ from Toronto (a city very close to Ottawa) named Chris Sheppard, who had a record deal to make compilation CD’s of his favorite electronic music called “The Techno Trip”. Somewhere along the line, he turned to dance music and more pop sounds, but in the beginning he made a point of including hardcore, breakbeat and all flavors of techno. Back then he was a rave DJ and landed a radio show where he would broadcast live from a club. Basically, he managed to make this underground outsider music into something accessible to the public. You could tell that he spent quite a lot of work to select the tracks, educate the masses in his own little persona and just live the music and lifestyle. This kind of dedication was one of the first who inspired me to also become a DJ playing live, radio and releasing compilation mixes.

The main problem with rap music at the end of the 80’s, was it sounded so watered-down into pop music. So much so that parents were enjoying it more than the kids. (Think Young MC “Bust A Move” and Tone Loc “Wild Thing”). But rap was still cool, it had soul and attitude if done right. On one fateful trip to the shopping mall’s record shop in 1989 or 1990, I discovered “Fear of a Black Planet” and fell in love with their organized chaotic noise underneath the aggressive and unapologetic Chuck D shouting non-stop without chorus. It was like taking all of what was best in the underground at once and delivering it with an attitude. I borrowed a friends walkman for a week, and I will never forget that feeling of blasting that cassette at full volume on my bus ride to school each of those days, finally having found underground music before even knowing there was such a thing.

I could have chosen almost ANY punk song from Face to Face, NoFx, Pennywise, etc.. but there is something uplifting about a Bouncing Souls live show that just gives you goosebumps. So I have chosen “True Believer”, an anthem about being proud to be yourself. Just listen and enjoy the experience.

After breakbeats turned into jungle – this was about the peak of my rave-attending years, and it became clear for me that jungle was the best genre to ever come out of the electronic scene. The problem was, the only tracks you could find at normal record stores were the few singles that had somehow infiltrated to major labels or had videos on TV – and those weren’t the amen-fury madness tracks that I loved from the sounds inside the rave parties. One place a raver could feel at home on weekdays was at the underground record stores, where the DJ’s got their vinyls for the raves. Totally different than the record shops in shopping malls. Each of them also had a rack of (unlicensed) mixtapes from local DJ’s that they sold for about $15 a piece. A friend copied this one for me and the energy it captured was exactly what I have been doing ever since.

While Jungle covered all things rough about breakbeats, it had removed the synths, stabs, vocal snippets and almost all things melodic. By magnifying the choppage and dark elements, it left the other elements to be magnified in a totally different way: Happy Hardcore. The parties in my city and closeby, by the end of the 90’s had joined rooms that shared both the jungle / drum & bass sounds, with its same-bpm sister genre of gabber hardcore and happy hardcore. There was one DJ who rose above the rest with his selection of anthems and widely-distributed mixed CD series “Happy 2B Hardcore” that was the regular pre-rave warm-up soundtrack for all of us at one point.

After 1995, “Jungle” became totally uncool, and nobody with any credibility wanted to be anywhere outside of the new sounds of Drum & Bass emerging. There was, however, a huge craving for this music building as the years went by. But, it couldn’t stay the same speed and sound as it once did. One of the pioneers in Canada who was key in taking jungle amens and updating them to the new sound was Capital J. While most DJ’s were showing up with the most popular releases of the time, J unapologetically ignored what was happening, threw down all the best original jungle and steppers at +8 and eventually produced remix after remix of his own in a rough and angry style, cut them to dub plates and became a party favorite in Toronto and beyond.

Thank you Ume and all Japanese Junglist Massive, I look forward to see you again soon in the near future.